I love to share these sories where individuals were told by  medical experts their chances were slim, and then these 5 severe brain injury survivors never lost hope. With their their unrelenting perseverance, they overcame impossible odds and made astonishing recoveries. 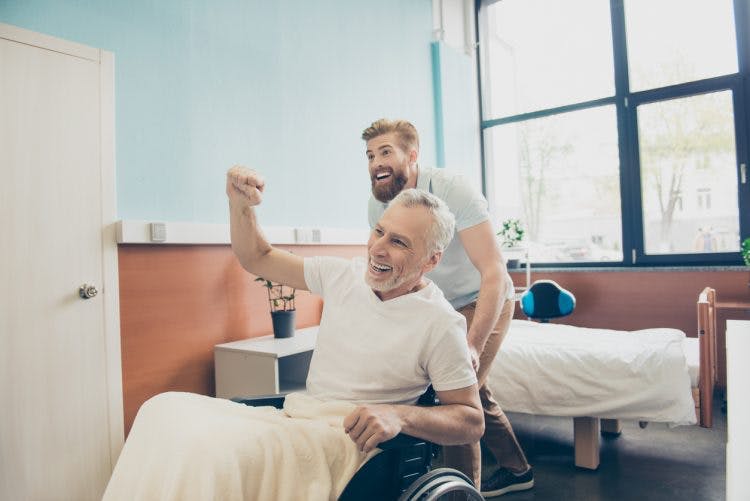 This article will share some powerful severe brain injury recovery stories. While every traumatic brain injury is unique, we hope these stories inspire you to never lose hope during your recovery.

Before we get into the severe brain injury recovery stories, we wanted to clarify what exactly makes a brain injury ‘severe.’

The Glasgow Coma Scale (GCS) is used to determine the extent of impaired consciousness following a traumatic event. It consists of 15 points that assess an individual’s responsiveness. The lower the rating, the more severe the brain injury. To be categorized as severe, a GCS rating must be 8 or below.

Generally, the lower the GCS rating, the worse one’s recovery outlook is. However, these 5 recovery stories will prove that that’s not always the case!

Perhaps that most impressive severe brain injury recovery story is about a 19-year-old named Dylan, whose story was shared in the Washington Post and Neurocritical Care Journal.

Dylan suffered a severe traumatic brain injury in a car accident that left him unresponsive and barely breathing. It took 8 minutes to extract him from the car before he was rushed to the nearest hospital, arriving at the E.R. 37 minutes after the accident.

Scans revealed that Dylan had suffered one of the worst brain injuries possible: a diffuse axonal injury. There were also signs of hemorrhages on his brainstem and oxygen deprivation. Doctors immediately performed emergency surgery.

However, the surgery did not rouse Dylan from his coma, and he remained unresponsive. Based on his GCS rating, the doctors predicted a 78% chance of either death or a persistent vegetative state by 6 months. Fortunately, Dylan beat the odds.

After 17 days, an EEG showed activity in Dylan’s brain for the first time. At four weeks he opened his eyes. By day 60, he could move from his bed to a chair with assistance from therapists. 90 days after his injury, Dylan walked 50 feet independently and responded to specific yes-or-no questions.

Dylan continued to make miraculous improvements throughout his recovery. When he returned for his one-year follow-up, he could perform nearly all activities of daily living independently. At his two-year check-up, Dylan was functionally independent, with only mild cognitive impairments.

Dylan’s case shows that initial exams and scans are not always accurate at predicting a person’s recovery outlook.

How Brett Defied a 1% Chance of Recovery 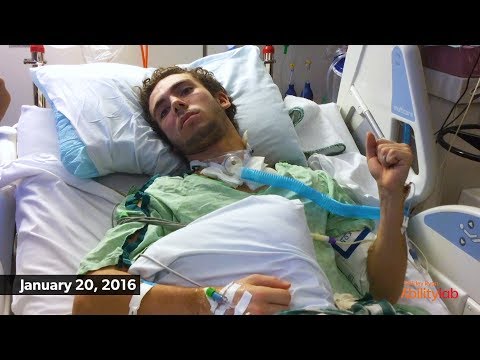 After a skiing accident his freshman year of college, Brett was diagnosed with a severe brain injury that affected his memory, comprehension, speaking, and mobility.

At the beginning of his severe brain injury recovery, he could not speak. Speech is a skill that is typically associated with the left side of the brain. By participating in music therapy, he learned to use the right side of his brain (the side responsible for processing music) to speak again.

This is possible because the brain has neuroplasticity, the ability to reorganize its neural circuitry based on one’s behaviors. Consistently practicing functions weakened by brain injury reinforces demand in the brain and promotes neuroadaptive changes.

Brett’s severe brain injury recovery also consisted of learning to walk again and breathe. Again, by consistently activating neuroplasticity through repetitive movements, Brett gradually recovered motor control. Not only did he learn how to walk, but he also returned to school and learned to drive again. 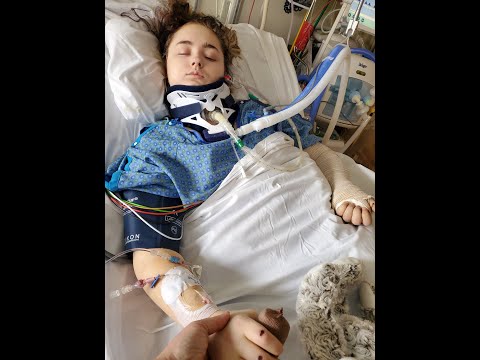 On New Year’s Day, Rebekah and her boyfriend were involved in a car accident. As she got out of the car, she was hit by another vehicle, which resulted in a severe brain injury. Fortunately, she got to the hospital early, where she got the immediate care needed to stabilize the damage and prevent further complications.

After 20 days in the ICU, Rebekah was stable enough to transfer into a rehabilitation hospital where her functional abilities would be assessed and improved. By participating in intensive physical, occupational, and recreational therapies like aquatic therapy and music therapy, Rebekah was able to improve her mobility, cognitive functions, and speech.

In just 10 days, she was able to give her dad a high five and stand up. She continued to see improvements for several weeks. On March 5th, Rebekah graduated from inpatient rehabilitation and headed home. But her recovery story did not stop there! Rebekah now attends outpatient therapy to continue to improve and maximize her recovery.

Simon’s Recovery After Being Comatose for Over a Month

A tragic hit-and-run left Simon so broken that the paramedic at the site initially mistook him for dead. Despite his serious condition, Simon would eventually make one of the most remarkable recoveries from severe brain injury in medical history.

Simon’s brain injury destroyed a third of his right hemisphere and caused severe internal bleeding. When the doctors evaluated him, he scored only 3 points on the Glasgow Coma Scale.

People with a GCS score of three have a 7% chance of survival with a good outcome (and that’s if they remain in that state for less than two weeks). Simon’s coma lasted over a month.

When Simon finally woke up, he had almost no awareness of his surroundings. He had forgotten how to read or write, and could barely understand what others were saying. His attention span was minimal, and he even scored a 50 on the IQ test (the lowest score possible). Needless to say, the doctors predicted he would have to depend on others for the rest of his life.

Simon was lucky enough to get the help of a therapist who refused to give up on him, despite his seemingly hopeless case. His therapist, Dr. Lois Provda, made him work on cognitive therapy activities three times a week, and by the time she finished with him, his mental abilities had more than doubled.

After only two years, Simon went from practically helpless to living on his own with only minor assistance. Today, Simon has regained nearly all his cognitive functions, and now has an IQ level of 151! He’s even written a bestselling book about his recovery story.

In March 2002, 21-year-old William suffered a severe traumatic brain injury from a rollerblading accident that resulted in a GCS rating of 7. He was able to move a little bit but had no conscious behavior.

His family was told that Williams only had a 20% chance of survival and that if he did survive, he would most likely remain unconscious. Moreover, his chances of a full recovery were non-existent.

Nine days after his TBI, he opened his eyes and began to follow commands. His GCF rating increased to 10. By the 13th day, he was responsive and able to move with good strength and control. After 20 days, he was able to walk 100 feet. Moreover, his memory returned within a month.

By Christmas of that same year, William felt completely normal, regaining nearly all his cognitive and motor functions.

While this type of severe brain injury recovery is extremely rare, it goes to show that anything is possible!

Even when medical experts told them their chances were slim, these 5 severe brain injury survivors never lost hope. Because of their unrelenting perseverance, they overcame impossible odds and made astonishing recoveries.

We hope their stories inspire you to do the same. Good luck!